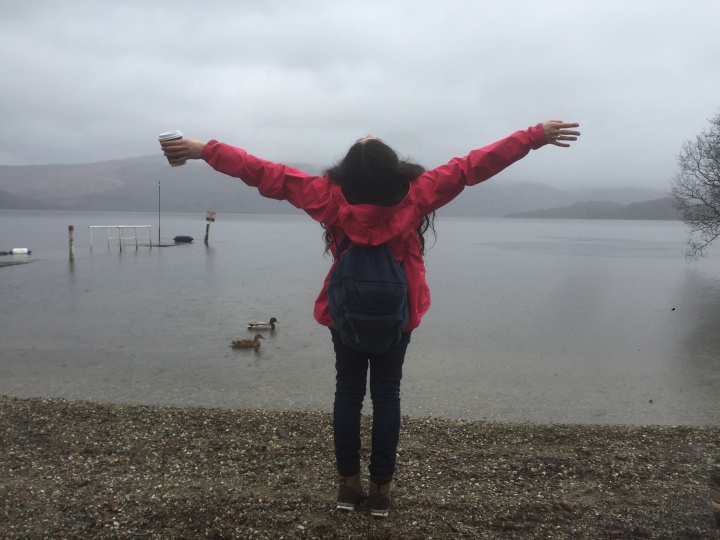 Unraveling pain through letting the Lord in to heal it is a process.  Once we surrender He can heal it all in one go, but I really believe that we still need to submit to the process of letting Him change the way we think about the pain in addition to how we feel in order to FULLY heal.

What does that look like?  It looks like facing exactly what you’ve experienced and felt head on.  You see, when it comes to pain, there are good days and bad days.  Many people think that the way to heal is to ignore the pain and wait for the good days, but that is actually denial, and a way to keep yourself from fully healing!  Good days don’t mean that we don’t still have some painful residue in our hearts that needs to be dealt with, and bad days can be made even worse if we do not confront the ways we feel with the Lord according to His Word.  One way to do this is, when you feel pain about something, immediately ask the Lord: Why am I feeling this way right now, and what do You have to say about it?

I want to share about a time in which I practiced this with the Lord according to what I was feeling in the moment, which was specifically the feeling of rejection.  He spoke these exact words into my spirit to combat it:

“Isn’t it time you took off the lie that you’ve been rejected?”

Wow.  I thought of that all day after He said it, but I needed Him to clarify what He meant.  You see, how was my feeling rejected a lie if I actually was rejected?  Well, that night, I felt the Lord telling me to read an extremely familiar passage in Isaiah.  I’ve read it so many times that my Bible literally flips open to it now, so I definitely remembered what it said.  However, this time, God showed me something that I never noticed before:

‘“The Lord will call you back as if you were a wife deserted and distressed in spirit – a wife who married young, only to be rejected,’ says your God” (Isaiah 54:6).

Did you catch that?  I’ve read this verse so many times…SO MANY TIMES, and yet I never noticed those two little words.  As if.  As if you were rejected.  What does that mean for you and me?  It means that – if you are a Christian and you’ve ever felt that someone has rejected you, and you have carried the “Rejected” label with you, you’ve actually believed a lie about yourself.  How do I know this?  Because Jesus was rejected so that I could be accepted.  Take a look with me at Isaiah 53, just one chapter before the verse I mentioned:

“…(Jesus) had no beauty or majesty to attract us to Him, nothing in His appearance that we should desire Him.  He was despised and rejected by mankind, a man of suffering, and familiar with pain.  Like one from whom people hide their faces He was despised, and we held Him in low esteem.  Surely He took up our pain and bore our suffering, yet we considered Him punished by God, stricken by Him, and afflicted.  But He was pierced for our transgressions, He was crushed for our iniquities, the punishment that brought us peace was on Him, and by His wounds we are healed” (Isaiah 53:3-5).

Jesus RADICALLY loves me.  He loves me so much that He actually chose to come to this earth as a baby – the most humble of creation and in creation’s clothes, not His glorious ones!  He not only lived a normal life so that He could understand me in all that I feel on this earth, but He died a gruesome death and faced absolute separation from the Father in order to become one with me.  He was despised, rejected, a man of suffering, familiar with pain, held in low esteem, punished, stricken, afflicted, pierced, crushed, and wounded…for me.  Let that sink in for a minute.  That is radical love to the highest extent.  And why did He do this?  So that I, who once was rejected, though not anywhere near what He experienced, could be fully and completely accepted.  I am accepted by the Father and loved unconditionally, not for anything that I have done, but because of what He has done for me.  If He calls me accepted, how then can I be rejected?  If He went to such lengths to prove His love for me, how can I dwell in feeling rejected by people on earth?  I am not of this world.  That means that the world may reject me (in fact, Jesus said they will), but if I am already accepted, then I do not have to take that label on!

REJECTION IS A LIE.

After we are “rejected” by the people of this world, we have to take care and evaluate if we are believing things that are true: what God says, and not just how we feel.  We have all experienced this kind of pain in varying degrees, whether it was from a significant other, a friend, or a family member, but the Lord did not go to the lengths mentioned in Isaiah 53 for you to feel that way forever.  Instead, He did it so that no matter what happened in the past or will happen to you in the future, you can be free from all labels and take on His name: “Loved.”  Make sure that you do not allow what has happened to you define you, change your personality, or change your thoughts about yourself in any way.  If it does, then you can know that that is from the enemy, and not from God.  God wants to be your Source of identity, rest, satisfaction, and love – and His opinion is the only one that counts.

So, with all of that being said, I really just wanted to share a few simple steps that I took in order to hear the Lord speak to me in this area of pain.  I know He wants to do the same in you.  🙂  If you feel like you’re in a painful season, here’s some tips to process through it:

You do not have to feel bad for needing to process through the painful things that have happened to you.  The Lord created you to need Him and He will give you all the time you need!  The only way to fully heal is to partner with Him in the healing that He brings, and He is so willing to bring as much as we’re willing to receive.  🙂

One thought on “Rejection is a Lie”

I hope you are blessed by what you read here. Let’s talk about it! – Amanda

Someone needs to hear this today…
Y’ALL. This is not a drill. The night of the Keith Green concert, I got an email from someone with a remix for Full Circle God. Little does ANYONE know I love EDM and have always secretly wanted a remix of my music. 😆 I listened to it and haven’t been able to stop listening! It is FUN guys! And the video is beautiful.
I have been CRYING on and off for an hour because yesterday I asked the Holy Spirit what record I should listen to - thinking of nothing except having a fun little jam sesh - and I IMMEDIATELY heard “Keith Green” in my spirit. I turned it on, danced around while getting ready, felt the presence of the Lord in my room, and thought about his life randomly throughout the rest of the day. Little did I know…
Sunday was one month since my first full album, Cloud of Witnesses, came out, so I want to share a sweet, sweet story behind the four album covers (Mar - June). 🥲☁️✨
It was impressed on my heart today to share a small/easy to miss, but profound (to me) part of the music video for the song “What If” on the Cloud of Witnesses album.
HE IS A FULL CIRCLE GOD!!!! 😭🌈💦☀️☁️
%d bloggers like this: