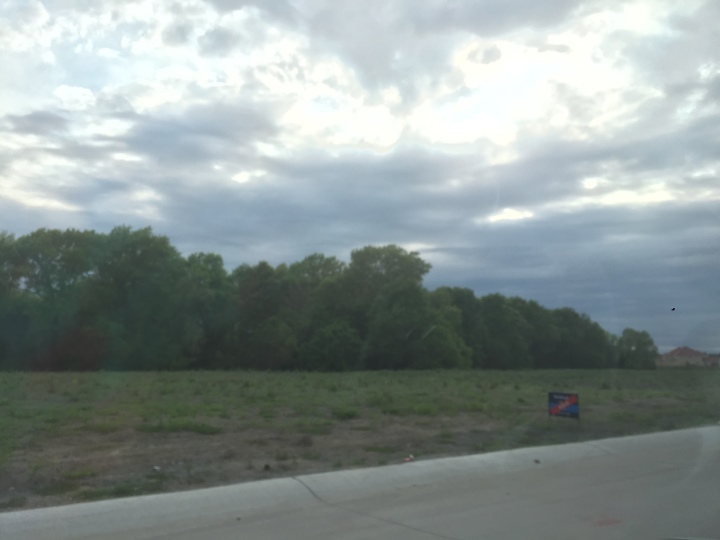 I love the way God speaks.  When I intentionally keep my spiritual eyes open, I find He always shows me something significant in the mundane.  This happened to me recently as I went for a drive just to talk to Him and listen, and found myself in a neighborhood I’d never been in before.  Some houses were finished, some were halfway built, and some hadn’t even received a foundation yet.  I even saw a family looking at the home they were about to buy!  It was all so dreamy and thought provoking.  🙂  One thing stood out to me more than anything though, and I haven’t been able to stop thinking about it for two weeks.

While driving around in this neighborhood, I saw a large empty field with a SOLD sign in front.  That’s it.  Just a field…with nothing on it…that was already sold.  Something about this really struck me – so much so that I had to take a quick picture of it.  I asked God to show me how this related to me, and I did a search on the word ‘field’ in the Bible.  This is the verse that popped out to me:

You are God’s field.

There was literally nothing on the field, and yet, the field was sold.  Why would it be sold already?  Who bought it?  I can understand the family who was looking to buy the house that was already built, but to buy a field that is completely empty is a big risk.  The only reason why someone would buy a field like that is if they were assured that they could build on it, and that they would like what was built there.  They had to trust the one with the blueprint – actual sight yet unseen.  They had to trust that he or she knew what they were doing and could build them a beautiful home on the field.  Otherwise, I don’t believe they would have bought it.

Application: If I am God’s field, then He is the One who bought and took a risk on me!  He purchased me prior to any visible value, and He, the One who holds the building plan, is pleased with His purchase.  Knowing this, I am not only bought by the Lord, but I have chosen to be sold out to Him as well.  He has seen that I am something worth building, and I have seen that His building plans are good.  Much like that field, there may not be anything of structure or substance there yet, but He has created me with so much potential and possibility, and His plans are in the works.  I trust in Him to build on what He has bought.

You are God’s building.

I did some research, and guess what the first step to building a house is?  It’s digging!  Once the land is scoped out to see if it can be built upon, the builders have to dig in order to make enough room for the foundation.  I found out that ALL foundations require at least some excavation of the soil.  There’s actually such a thing as “disturbed” soil, or soil that has been changed from its natural condition by man, and all of it needs to be removed and replaced in order that there will not be any problems with the foundation of the building.

Application: Disturbed soil in this metaphor represents pain that has caused bitterness, hardness of heart, or unforgiveness and has therefore prevented God’s building process in your life from moving forward.  Literally, disturbed soil has limited air and water pockets, few micro- and macro-organisms, and shallow root growth, but figuratively, a disturbed heart leads to complete dryness in our spiritual walk, it sucks the life out of our personality, and it prevents our personal depth in the Lord.  God wants to do so much in and through us, and He has so much He wants to give, but He will not give us anything we cannot handle.  He is not only concerned with what is seen on the outside, but in the ground being tilled on the inside, making sure that there isn’t anything wrong or unstable inside of us.  If He finds anything in the field (or in the depth of our hearts) that isn’t ready, He will hold off on the outer, visible building because a foundation laid in unsettled soil determines the soundness of the building’s entire future.

Finally, you are God’s fellow worker.

Application: God is the One who bought and is building me, and I received His righteousness immediately when I was saved, but now that I love Him, I have chosen to work alongside Him.  This means that I, along with Him, am the one who is supposed to do the internal digging in my heart!  Hosea said it perfectly when he told the Israelites to: “Sow for yourselves according to righteousness (uprightness and right standing with God); reap according to mercy and loving-kindness.  Break up your uncultivated ground, for it is time to seek the Lord” (Hosea 10:12).

After He bought me, God entrusted me with the responsibility of studying the soil I am planted in – such as my own habits and thought patterns – and with actively making the needed changes in my life that He leads me to make.  This is not to be saved, since I now inherit the promises of God through faith and not works (see Romans 4), but so I can be the most blessed and at peace!  I am called to keep my eyes open to what He, in His mercy, wants me to work on alongside Him in my heart.  If I am God’s field, God’s building, AND God’s fellow worker, then He has determined to give me an active role in my own process of being built by Him, or in other words, my own spiritual growth.  This doesn’t mean taking the building plans for my life into my own hands, but it does mean surrendering to the process in which He has me in (see the dream God gave me in the Surrender the Building Plans blog).  I need to take care that I am removing things like the disturbed soil of bitterness and unforgiveness that do not give me life and replacing them, or building on the Foundation of Jesus Christ, with pure and God-honoring thoughts and actions.  As Paul says in 1 Corinthians:

“Let each [man] be careful how he builds upon it, for no other foundation can anyone lay than that which is [already] laid, which is Jesus Christ (the Messiah, the Anointed One).  But if anyone builds upon the Foundation, whether it be with gold, silver, precious stones, wood, hay, straw, the work of each [one] will become [plainly, openly] known (shown for what it is); for the day [of Christ] will disclose and declare it, because it will be revealed with fire, and the fire will test and critically appraise the character and worth of the work each person has done” (1 Corinthians 3:10-13 AMP).

Last but not least, I want to encourage those of you who feel like you’ve been working for a long time, and haven’t seen much progress.  Isaiah 54 has some incredible promises for the building that is your life.  The Lord says:

“Behold, I will set your stones in fair colors [in antimony to enhance their brilliance] and lay your foundations with sapphires.  And I will make your windows and pinnacles of [sparkling] agates or rubies, and your gates of [shining] carbuncles (jewels), and all your walls [of your enclosures] of precious stones” (Isaiah 54:11-12 AMP).

If that doesn’t speak to you, then let me bring home how beautiful that verse really is: THE LORD IS THE ONE WHO IS BUILDING YOU!  He only builds with the best materials.  He sees you as worthy of His extravagance, just because He is extravagant, and He is the One who made you.  What you see as an empty field, He sees as an elaborate mansion with endless potential.  All you need to worry about is that you are doing the faithful job of preparing the soil (the atmosphere of your heart) for what God is building.  It is not your job to figure out how your building is going to be built.  Don’t underestimate the plans that God has for you, and don’t try and put them together yourself (once again, see Surrender the Building Plans blog if you haven’t already!).  Dream bigger and trust the Lord’s will.  Live confidently in His peace and love for you.  Do the internal work that He has put before you in this season with the hope that He who has called you is Faithful, and He will complete it.  Instead of being discouraged by the amount of the work that is ahead of you, remember:

The worker doesn’t just till the field; they also reap the harvest.  🙂

So, do work!  Your harvest is coming, and what once was just a field will one day exceed your wildest dreams.

2 thoughts on “Field of Dreams” 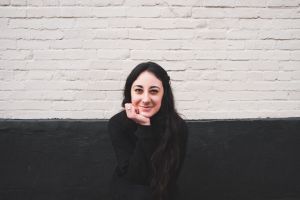 I hope you are blessed by what you read here. Let’s talk about it! – Amanda

Recap of the purity, beauty, and just overabundant FUN that was @songlabmsc in San Antonio last weekend:
HAPPY 2023!!!! 🥳🎉
I wrote Laughing Again, the third song on the 30 EP in March - July 2022 out of a dream I had last fall in which I was flying. As it turned out, the fall was a wonderful time of prayers being answered and what I thought was a harvest coming to pass, but it ultimately ended in a lot of tears. I took the first three months of 2022 to process it with the Lord, and He comforted my heart through Psalm 126:
2022 has been my biggest year for music EVER. Never did I expect taking the small steps and directives from the Lord could lead to this. Thank you, thank you, thank you for listening (link in bio for all the songs)! God bless you! ❤️☺️✨
HAPPY THANKSGIVING!!! Fragile lyric video from the 30 EP out on YouTube now (link in bio if you wanna see pics from my childhood). 😉😌🙌🏻
Sense of Direction Lyric Video in bio. 😌🎧🎸
%d bloggers like this: